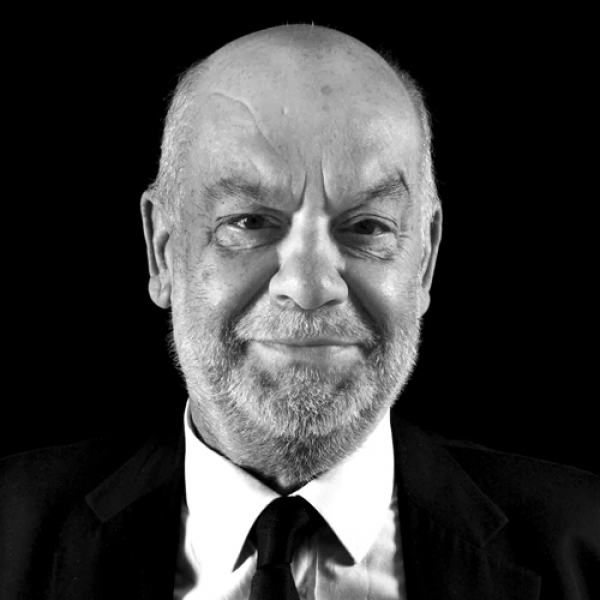 He attended the Faculty of Architecture of Rome in the '60s, marked by the teaching of Bruno Zevi and Ludovico Quaroni with which he graduated in 1971.

From 1964 to 1968 he worked in the studio of Maurizio Sacripanti and from 1968 to 1973 with Vittorio Gregotti. Full professor since 1981, since 1977 he is engaged in the teaching of Drawing and Architectural Composition in several Italian universities (Reggio Calabria, "Sapienza" of Rome, Politecnico di Milano, Ascoli Piceno, University Institute of Architecture in Venice and, again, Rome).

Since 1985 he is Honorary Professor of CAYC (Centro de Arte y Comunicaciòn) of Buenos Aires, since 1989 a member of the National Academy of San Luca and since 2000 of the Academy of Arts and Drawing of Florence.

In 1983 he received the Silver Plaque from the Union of Italian Drawing, in 1984 the Argentina Art Critics Prize, in 1985 the Stone Lion at the Venice Biennale, in 2003 the Architecture Cave of Tiberius Prize, in 2008, in Naples, the Sebetia Prize for Architecture.

He addressed the theoretical and figurative disciplinary debate, influencing the international environment through numerous writings: Place and Project (1976); Some shapes of the house (1979); Architecture education (1980), translated into several languages; Seven landscapes (1989); In the drawing (1992); Since the project (1992); Exercises in composition (1993); A lesson on design (1993); Composing architecture (2000); Franco Purini.The works, writings, critique (2000) by Gianfranco Neri; The same city (2005), Notebook of Amphion-Zeto; The Italian measure of architecture (2008).

In 1966 he opened a studio in Rome with Laura Thermes starting a long association marked by intensive design activity suited to experimentation on the subjects of project in relation to representation, city and landscape.