The proceedings of the seventh and final meeting of the international seminars "Ideas for Representation", which were launched in 2007, collected critical thoughts on the theme of visuality. The entire cycle of encounters was intended as an incubator for the development of new ideas for studies on representation since its conception at the first meeting in Rome. Over the years the themes debated in the seminars tackled specific topics such as "hybridizations", "artifacts", "transcriptions", "atopie" and "footprints", in order to define a specific "vocabulary" for visual disciplines that might effectively describe innovative interdisciplinary research. Visuality was deliberately debated as the last theme, because it incorporated all of the previous ones, from traditional practices to those belonging to digital and interactive environments.

In this last volume the speakers' contributions revolved around the idea of images intended as "process": a complex construct of a narrative itinerary that includes design strategies, visual practices, and subjective perception. Recognizing the field of visual studies as a fertile ground in which to exercise an interdisciplinary comparison, the proceedings highlighted the role of "gaze" as an interpretative practice in which images are seen as part of a wider context. This means that complex visual cultures and interpretative practices play a key role in the cross‒referencing of vision, and its representation.

The volume collected the essays of invited speakers (F. Purini, P. Giordano, C. Raffestin, E. Ippoliti e G.M. Valenti, D. Villa, V. Trione, A. Duff, M. Petroni, A. Luigini, V. Menchetelli), those ones selected from the call for papers (on attached CD) and also include keynotes from the members of the scientific‒organizational committee. 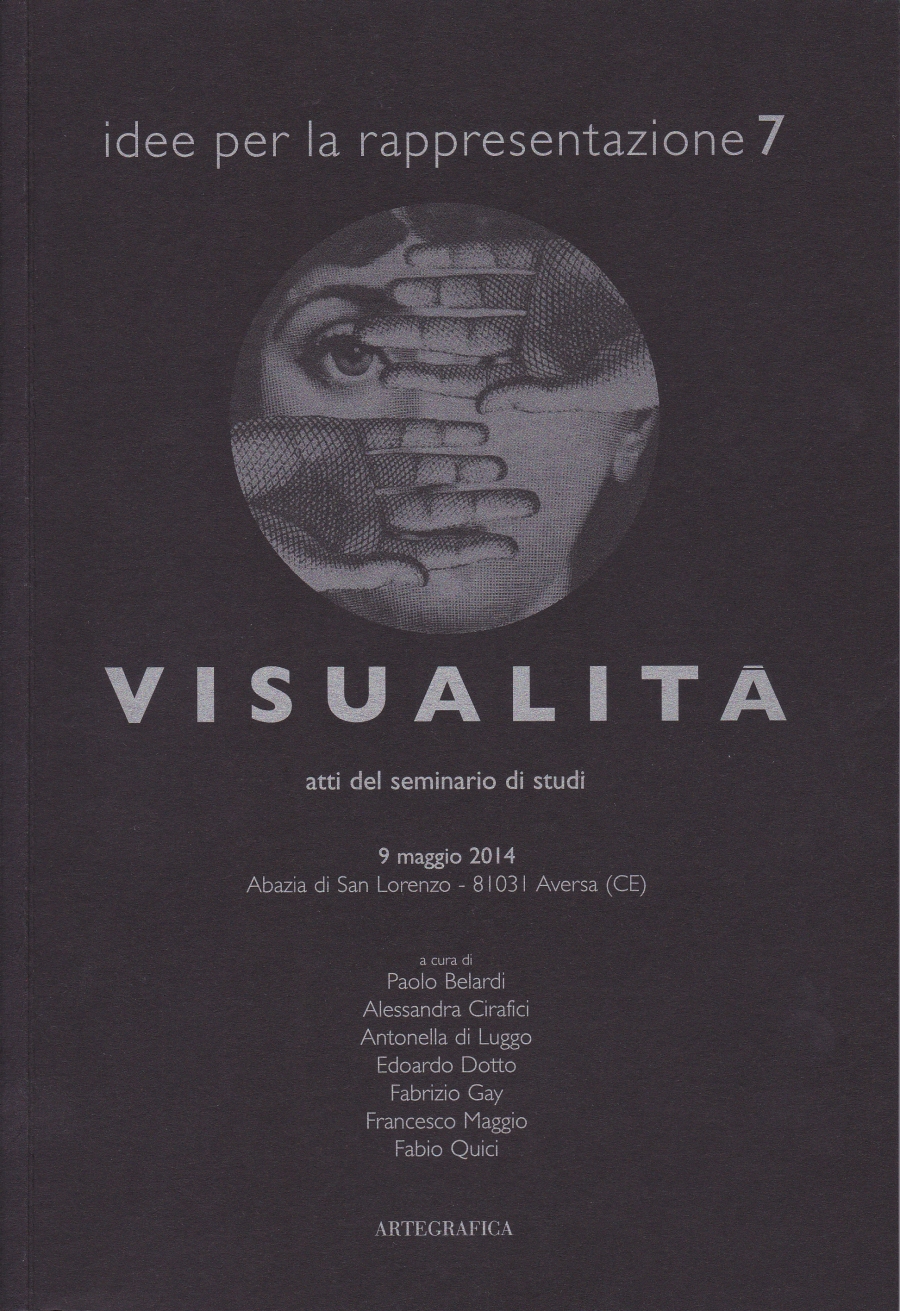 He was Editor In Chief of “XY dimensioni del disegno” magazine and he is a member of the Editorial Board of “Il Progetto” magazine since its foundation. He is one of the leading promoters and curators of an international study seminar cycle entitled Ideas for Representation (Roma, 2007; Venezia, 2008; Perugia, 2009; Palermo, 2011; Napoli, 2012; Siracusa, 2013; Aversa, 2014).