Since 1997, the Venice Mathematics and Culture conference welcomes scholars from around the world to discuss the connections between mathematics and other aspects of human knowledge, bringing very different professions such as mathematicians, architects, poets, writers, artists, filmmakers and musicians discuss the deep relationships that make mathematics the common thread that binds many scientific and artistic disciplines. On the occasion of its twentieth anniversary, the new edition to be held in Venice from March 31 to April 2, 2017 at the Palazzo Franchetti, will investigate in particular the relationship between mathematics and art, literature, music, architecture and design, cinema and theater, computer science and graphics. To participate it is necessary to pay a registration fee of 180 € (free for students); the total number of participants is limited. Speeches will be published in the conference proceedings. 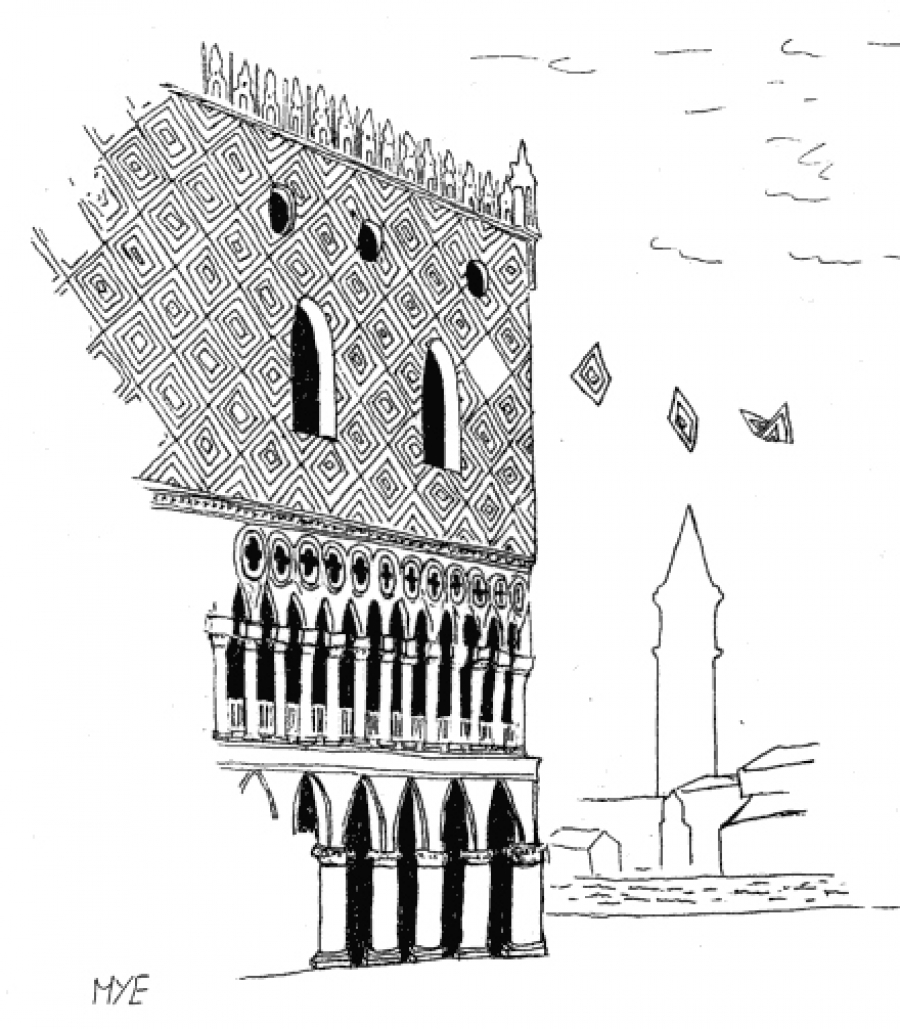 The image drawn by Matteo Emmer is the cover of the conference and depicts the Doge's Palace in Venice. © Matteo Emmer, 1998.