Journey through Mesopotamia to the origins of writing

The exhibition, promoted by the Giancarlo Ligabue Foundation, is held in Venice at Palazzo Loredan, one of the locations of the Istituto Veneto di Scienze Lettere e Arti, from January 20 to April 25, 2017 and is curated by Professor Frederick Mario Fales University of Udine, one of the most famous Assyrian and Ancient Near East scholars.

Through a careful educational tour, which also uses interactive multimedia and multisensory advices of considerable charm, the visitor is brought back to nearly 6000 years ago, in the Land of the Two Rivers, in a kaleidoscope of signs, symbols, engravings but also of images and visual stories testifying the origin and the spread of cuneiform writing and, at the same time, the social, economic and religious context of ancient Mesopotamia.
Sponsored by local institutions and major commercial sponsor of the national and international level, the exhibition makes it easily accessible the historic and cultural heritage of a land - that of Sumerians, Akkadians, Assyrians and Babylonians today deeply raped by war and terrorism but universally recognized as the cradle of civilization - through the exhibition for the first time of more than 200 exhibits of Ligabue Collection flanked by precious loans from the archaeological Museum of Venice and the Museum of Antiquities in Turin. These are mainly cuneiform tablets and numerous cylinder seals or mold but also sculptures, plates, weapons, carvings, vases and inlays. 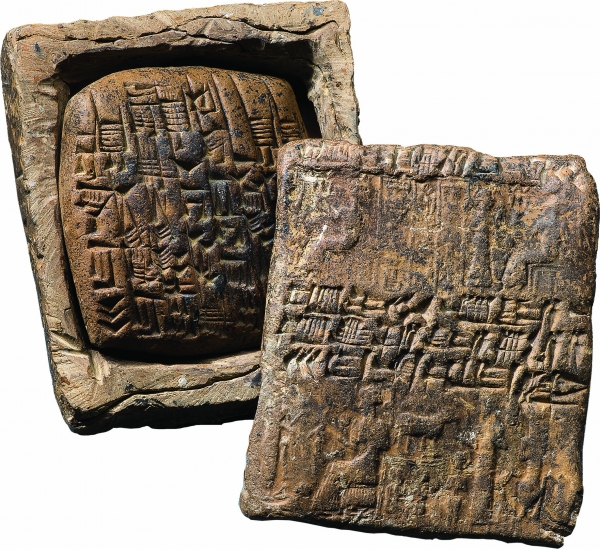