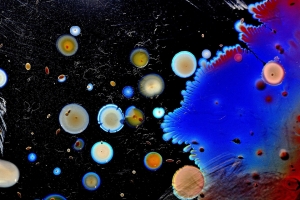 Event organized by the global Wikimedia community with the main support of the University of Tartu (Estonia) and the Estonian National Research Center (Sihtasutus Eesti Teadusagentuur). Curated by Ivo Kruusamägi, Nicolás Tamargo and Alessandro Marchetti.

Since its origins, science has placed images at the center of its communication processes: drawings, diagrams, and then photographs, satellite images and films. Today both specialists and general public live constantly immersed in an environment in which the visual part plays an even more decisive role. Quality and beauty: an indissoluble combination for any type of visual communication. Just think about how the infographics have evolved, or how data are presented in a sophisticated and even interactive form, becoming essential and pervasive on websites and publications.

However, searching for the appropriate image is not easy: no matter if it is for a research, a conference or even an article. The lack of useful material or copyright itself, strongly limits the use of images. To that end, the international competition Wiki Science Competition (WSC) has been launched, thanks to the work of numerous users of Wikimedia platforms University of Tartu (Estonia) and Estonian CNR. It aims to raise awareness of science, scientists and their research by creating a store of quality images taken by members of the public that are free to use in education and outreach.

The competition, which started in Estonia, took on a European dimension in 2015 with the name of the European Science Photo Competition and was more than 2,000 participants and 10,000 reusable shots with a free license on Wikimedia Commons. This year WSC has reached more than 11,000 shots and aims to become the largest scientific photography competition ever organized: several countries participated in the 2017 edition with its own Jury, including Italy for the first time.

The Scuola Normale Superiore (SNS) participated as a sponsor in the Italian competition, within the Virtual Diving in Science (VIS) initiative ‒ the SNS Outreach program and scientific dissemination ‒ coordinated by Marcos Valdes, who is also part of the international jury. The uploading of images and multimedia files took place in Italy from 15 November to 15 December 2017 and saw over 800 participants. The list of the finalists and the composition of the national jury can be viewed at https://commons.wikimedia.org/wiki/Commons:Wiki_Science_Competition_2017/Winners/Italy.

Friday, March 23, 2018 at 12, in the beautiful setting of the Sala Azzurra, will take place the award ceremony, during which the winners works of the national competition will be exhibited. The authors of the first two multimedia files classified for each of the five different categories will receive a cash prize, thanks to the contribution of the Amici della Scuola Normale Superiore association. A special VIS prize will also be awarded to a participant whose image is particularly informative. Interventions by the Director of the Scuola Normale, Vincenzo Barone, and by the editor of the TuttoScienze ("La Stampa"), Gabriele Beccaria, are planned. National jurors and numerous international jurors will also be present. At 15.00 there will be a symposium on the role of multimedia formats in the field of scientific divulgation, coordinated by the chemist Alessandro Marchetti and the journalist Leonardo D'Imporzano (http://www.dimporzano.com/).